IMs Concept: Tesla care because Nissan is serious with the electric 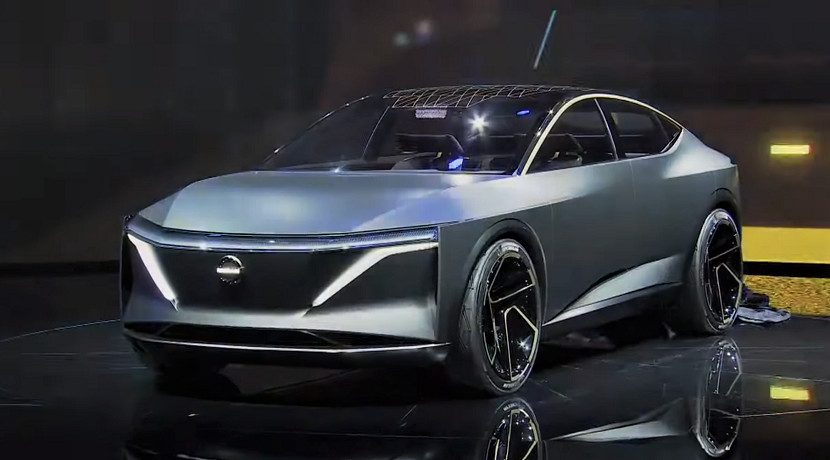 The newly introduced Leaf E + with 62 kWh batteries is not the only Nissan raid on electric cars. The Japanese brand has just presented its IMs Concept at the Detroit Motor Show. A very ambitious prototype that indicates what Nissan's aspirations are in terms of electric mobility: autonomous driving , Autonomy worthy of Tesla and a futuristic design .

Nissan defines its IMs as a "high sedan" due to its large wheels and built on batteries. The concept is manufactured with a specific platform for electric cars that has all-wheel drive and a spacious passenger compartment . The front seats can turn 180 ° to turn the car into a meeting room, while your autonomous level 4 driving system takes over.

A Nissan with Tesla autonomy

Although it is a prototype, Nissan has detailed what the IMs specifications are. Its two motors, placed one on each axis, provide a combined power of 483 hp and 800 Nm of torque. But what is more important, its battery with 115 kWh capacity gives it a range of 612 km with a single charge.

The avant-garde interior of the IMs Concept

Another interesting feature of the Nissan IMs is its central rear seat, which becomes a "throne" when the side seats fold. Nissan calls this the 2 + 1 + 2 configuration: "Although it is closer to being a sedan than a crossover, the revolutionary proportions of the Concept IMs create a totally own segment of cars. It is defined by its identity as 100% electric vehicle, with a battery located under the body, raising the height of the cabin. Its large interior space, which is the result of an extended wheelbase, features an exclusive "2 + 1 + 2" seating architecture, with swiveling front seats and a rear bench seat that offers three seats or, once the sides fold , a comfortable "luxury seat" in the center, worthy of a trip for a world-class executive.